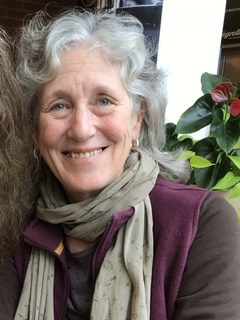 WENDELL – As readers of the Montague Reporter and the Traprock Center for Peace and Justice website know, I reported from Germany during November and December on citizen climate action and the UN climate conference held this year in December in Katowice, Poland.

This is my closing dispatch, back home in Wendell, preparing for the new year.

The challenge of this coming year, and every year after, will be a combination of preventing greater global climate disruption, and adjusting to what is already upon us. It’s a social and political challenge depending on major movement at municipal, state, national, and international levels.

Each December since 1977, the Society for the German Language issues its “Word of the Year.” In 2018, after a record summer of heat and drought in Europe, it was “Heiszeit” – Hot Age, rhyming with German “Eiszeit” or Ice Age.

Actually, there was a second “runner up” word as well, which folks in our neck of the woods can relate to: “Funkloch” – that “hole” within which there is no reception (“Funk”), Wi-Fi, or cell tower. Yes, that happens in Germany too, where one of the national discussions while I was there was about how the country has fallen behind in the digital age, less fully connected and online than others.

During December the Parliament discussed a new government subsidy to the states, which are responsible for education, to provide students with tablets for classroom.

Katowice: Worth the Effort?

There is ongoing discussion about the usefulness of the huge annual climate conferences. This one was the 24th Conference of the Parties (COP) since the process was agreed upon in Rio de Janeiro in 1992. There is the expense of hosting such a massive meeting, the polluting air flights, all the talk, and then the lack of action as the earth heats up at an alarming pace – even worse than scientists’ earlier projections.

But it does keep a focus on the problem. And here are just two results reported by climate justice activists who attended the COP24 in Poland this year:

The Gastivists’ monthly newsletter (www.gastivists.org) arrived full of news about the conference. Their panel discussion, “No room for fossil gas in a 1.5° C world,” brought together members of the UK anti-fracking resistance with Wanun Permpibul of Climate Watch Thailand, Antonio Zambrano Allende from the Movimiento Ciudadano Frente al Cambio Climático (MOCICC) in Peru, May Boeve from 350.org, and Cornell University methane scientist Bob Howarth.

They also managed to get a giant plastic gas pipeline into the COP, in an anti-gas demonstration. And they organized “a toxic tour of COP24 – guiding activists and journalists through the [conference’s] country stands to reveal what is really going on with their greenwashing efforts and their push for more gas infrastructure.”

And the Nuclear Information and Resource Service (NIRS) announced: “We stopped nuclear power at the COP24 Global Climate Summit!” They tell the story of how “for the first week of the summit, the nuclear industry was given free rein to promote its poison power, hijacking the focus of the COP24 Global Climate Summit. NIRS and the Don’t Nuke the Climate coalition put out an urgent call to action from Poland, with a petition calling for 100% renewable energy and no subsidies or financing for nuclear power.”

Germany played an instrumental role. Thousands signed the petition against support for nuclear power, which was then accepted by Germany’s Environmental Minister, Svenja Schulze.

Her promise that Germany would oppose pro-nuclear policies in global climate negotiations and oppose financial support for nuclear under the Paris Climate Treaty “meant that nuclear power didn’t get written into the climate ‘rulebook’ countries negotiated at COP24,” NIRS reported. “And it means that Germany – one of the largest donors to the $100 billion Green Climate Fund – will not let any of that money go to nuclear power.”

It’s fair to say that safe-energy activists and organizations with the resources to make the trip to these conferences see themselves as part of an “inside-outside” strategy: “on the streets, and in the suites.” Many try to do both during the COPs, and their international networking with other activist attendees and delegates from concerned countries counts for a lot, too.

For official delegates from the Small Island Nations grouping, participation in the conferences is critical, as the very existence of their homelands is threatened. They need to pressure industrial states to take action, and pledge real money both for recovery from recent extreme climate events and for preparation, as soon as possible, for the future.

In her annual New Year’s address, German Chancellor Angela Merkel mentioned the “vital question” of climate change as her first and top issue.

That was a first, but this summer was a tipping point for much of Europe and the world. Germany experienced major drought: farmers suffered from lack of rain, and rivers receded, including the one I used to live near, the Rhine. Its bank became beaches, and its shallow depth limited the movement of such vital materials as gasoline and coal.

A German energy research institute reported in mid-December that Germany is now getting 38% of its electricity from renewables, mostly (16%) from onshore wind. This compares to 20% use of renewable electricity in the US.

It seems like a good statistic, and renewables have now edged out coal use, but it still falls short of Germany’s goal for reduction of carbon dioxide emissions by 2020.

The big energy fight now in Germany, an early leader in renewable energy, is around the continued mining and burning of coal, which I wrote about in my earlier dispatches.

The struggle to protect the 250-acre historic Hambacher Forest continues; the forest is still being occupied by hardy tree-dwellers, some rebuilding their impressive treehouses after their destruction in police raids this fall. A court decision has stopped clear-cutting the forest to expand open-pit coal mining, for now.

One purpose of this last dispatch was to talk about how it feels to come back to this country, and differences in life here and there.

What I miss most here is a more truly public media, telling more than the latest news from Washington, although that is daily fare there as well. The news media in Germany is having big problems too, with many reporters laid off, and the challenges of instant news from social media.

The main German radio station features an international press review every morning… Of course, thanks to the Internet, I can tune into it here, but I would like it in English, too.

There are also more diverse voices heard there, and people seen, than here, where a virtual media blacklist keeps social critics and intellectuals such as Noam Chomsky, Angela Davis, Chris Hedges, and others limited to the vibrant alternative media found mostly online, from Democracy Now! to the Intercept and others.

Prof. Chomsky’s recent 90th birthday was noted in various German newspapers; his occasional lectures at German universities are standing-room-only events – I attended two in past years.

A key reason for the openness to left and “alternative” voices and people is the multiplicity of political parties in Germany’s parliamentary system, which allows for proportional representation, as opposed to our “winner take all” two-party system.

State and national legislatures are open to political parties winning 5% or more of the vote in elections. As both the Green Party and Left Party have been in the national and many state legislatures for years now, their voices and politics are an accepted part of the national media.

A new right-wing party, the Alternative for Germany, with their anti-immigrant, avowedly nationalistic program, is now also in the federal and some state parliaments. This poses a problem for many, and a challenge to the other parties and the German public as a whole.

Another big difference in my life here and there is that there are (still) lots of trains in Germany, along with modern streetcars and subways in cities. But that is another issue, and perhaps another article, as during this visit I heard a lot about – and experienced myself – many delays, cancellations, and problems around train service.

But it is clear: there is no way to move millions of people satisfactorily without major public investment. As towns, cities, states and nations address the climate challenge, good and affordable public transportation has to be a priority.

The one painful part of my life in Wendell is that I depend on a car for transportation. I never had one in Germany, relying on my wonderful bike with an attachable bike cart for shopping, and on streetcars, subways, and trains for longer distances. It was great to hit the bikepaths of Bonn on my old “steed” once again. I’m too chicken, or too old, I guess, for the hills of Wendell.