My Passion is Women and Children

Traprock Center for Peace and Justice

Women’s International League for Peace and Freedom Sierra Leone: Partners in Peace and Justice for Women and Girls

Sierra Leone in West Africa was a key departure point of Africans enslaved by predatory European countries and the United States, and it was in turn a place of refuge for returning former slaves in the 18th and 19th centuries.

In the early 1990s, guerrilla war spilled over from Liberia into Sierra Leone and devastated the countryside during 11 years of war for “blood diamonds,”with widespread violence, sexual violence against women and girls, atrocities and exploitation of girl and boy child soldiers. Sierra Leone replaced Afghanistan as the poorest country in the world with the highest rate of maternal and infant death. 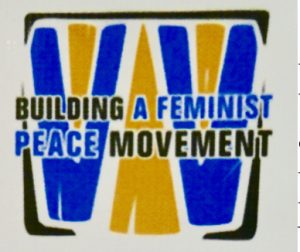 In 2018 Pat Hynes of the Traprock Center and member of the Women’s International League for Peace and Freedom (WILPF)US met Kadie Sesay, the founder of a new chapter of WILPF in her country of Sierra Leone, while both were attending the WILPF international triennial conference in Accra, Ghana.  The first day was dedicated to the African Women’s Feminist Peace Conference. Read more on the conference in this article: African Feminists Emphasize Key to Global Peace.

By way of introduction, Kadie said to Pat, “My passion is women and children,” when they first met in Kotoka International Airport in Accra. And thus began an enduring sisterly bond based on a shared commitment to human rights for women and girls, ending violence against them,and working toward a world of peace and conflict resolution over war.

The Children’s Book Collaborative for Peace, Justice and Environment

Over the course of the conference Sesay and Hynes discussed and agreed to a partnership in which WILPF Sierra Leone (WILPL SL) would adapt Traprock’s collaborative program with local libraries in Franklin County, Massachusetts, entitled the Children’s Books Collaborative for Peace, Justice and Environment, to Sierra Leone schools.  Traprock then raised $1,000 to purchase 70 children’s books and further funds, with the help of WILPF Boston chapter, to support WILPF Sierra Leone’s purchase of a computer and printer for their new modest office in the capital city Freetown.